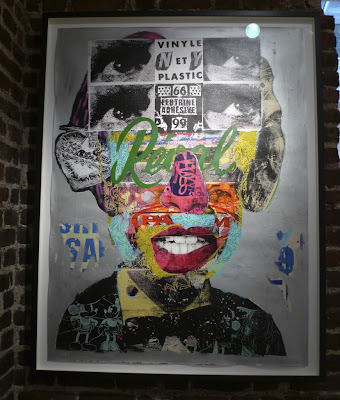 The Brooklyn based street artist, Bäst, has spent the past ten years posting up his collages all over the streets of New York City. Little is known about this artist, but despite this he has still managed to exhibit his work in art galleries such as Jonathan Le Vine in Chelsea, NY and New Image Art in Los Angeles. Furthermore, he has spread his influence to the UK, where, in September 2010, he had his first solo show at one of Lazarides' spaces in Rathbone Place, London. This show was entitled 'Botulism'. Within this show, a spread of some of his archetypal pieces depicting icons from pop culture, food packaging and his more intricate pattern based designs could be seen. There were also screen-prints which were inspired by the early punk flyers of London and New York: 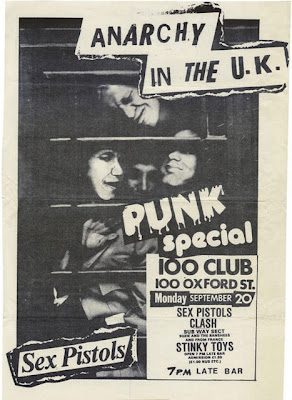 It was however, this image of Bäst's which reminded me of the work of Jean-Michel Basquiat: 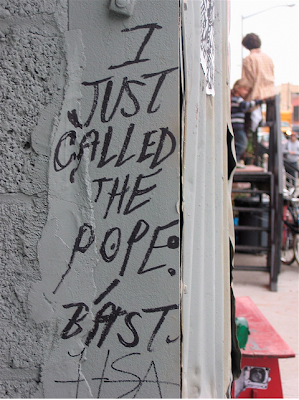 In 1976, Basquiat started spraying his grafitti on buildings in Lower Manhattan working under the pseudonym SAMO. Instead of making images, Basquiat would spray messages such as: 'SAMO as an escape clause', 'SAMO. As an end to the 9 to 5 I went to college' and: 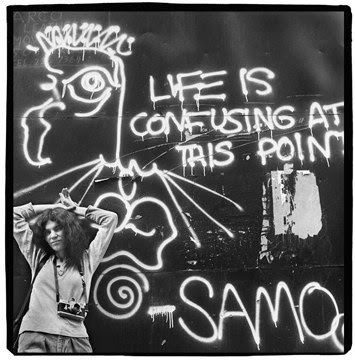 As well as writing cryptic slogans throughout the streets of New York, Basquiat also came to personify the art scene of the 1980's with his drawings and paintings, which the public often overlooked. These paintings were rich with abstract imagery that conjured up marginal urban black culture and black history, as well as revealing his own personal crisis to do with his identity. A major turning point in Basquiat's life was meeting Andy Warhol, a relationship which would suit both of them. Basquiat made Warhol feel like he was connected to youth culture, while Warhol supplied the younger artist with introductions to wealthy clients: 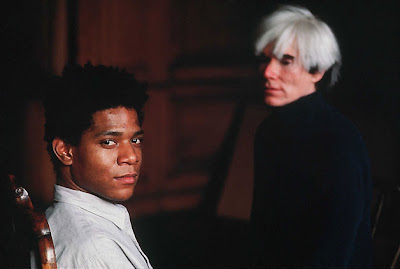 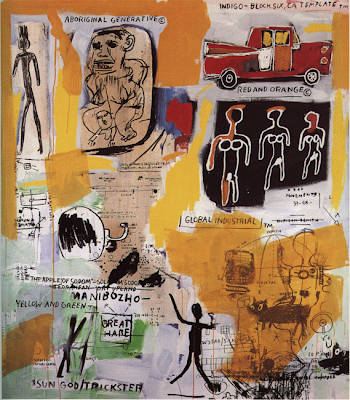 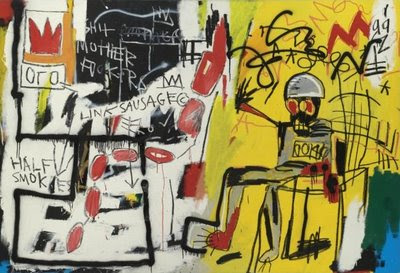 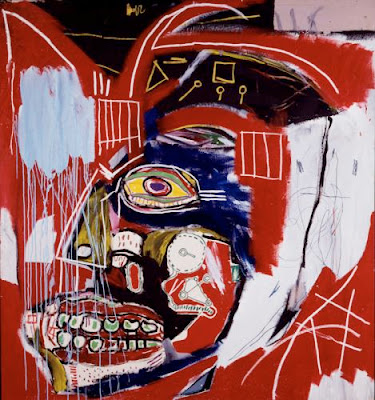 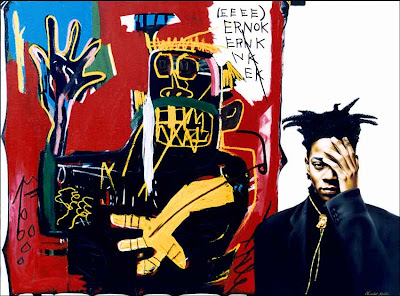 Bäst, like Basquiat, uses the street as his exhibition space and also the gallery. Both explore different media and most importantly, both artists have been directly influenced by popular culture, design and the urban environment. Technically, they are very different however, this is mainly because Basquiat's art shows a darkness and a frustration as he searches within himself for answers. As a result his work sparks a reaction, as we, the viewer long to know more. He reveals a part of his soul in his work. Basquiat was a true visionary who pioneered to make people think and question. He created his own art world and his own movement. Arguably, Bäst doesn't seem to feel the need to express his emotional state but instead reacts to the world around him on a more immediate level. The images Bäst creates are, at times, visually complex due to the physical layers that he builds up, but we aren't meant to question them any further. They do not hide any intricacies of his emotional state of mind nor do they attempt to change the way we think. Does this make him less of an artist? Not necessarily. But will people be discussing his art for decades to come? Probably not.

Some works by Bäst: 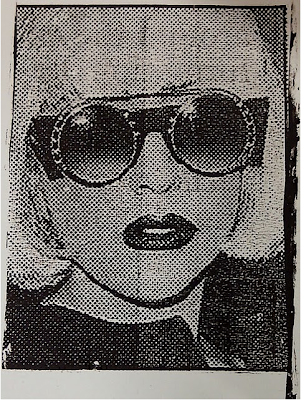 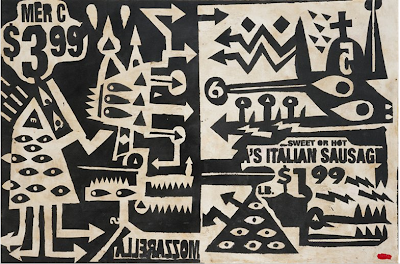 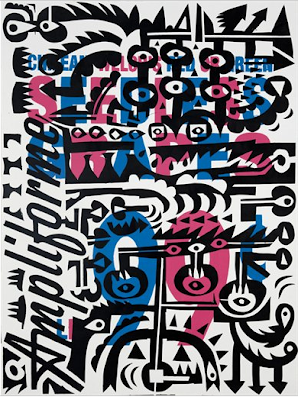 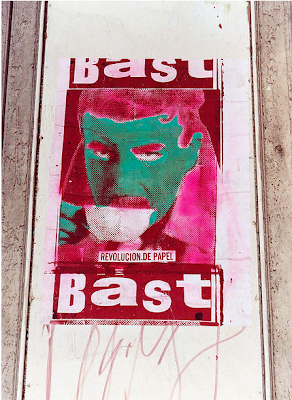 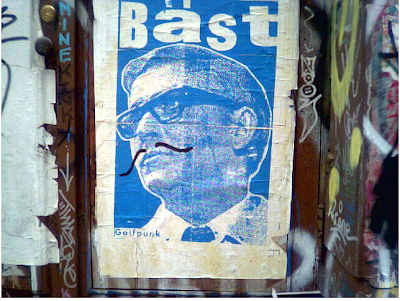 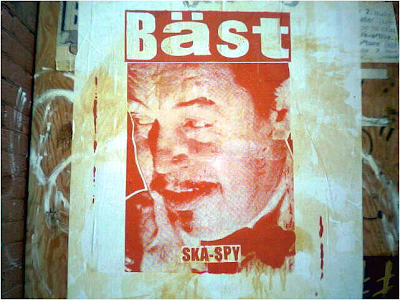 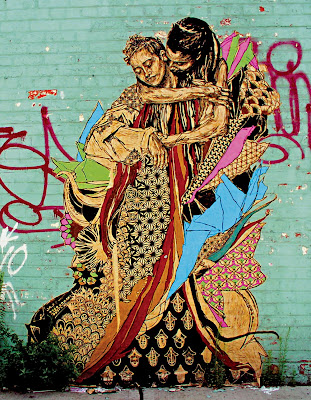 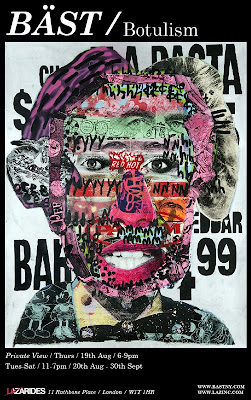 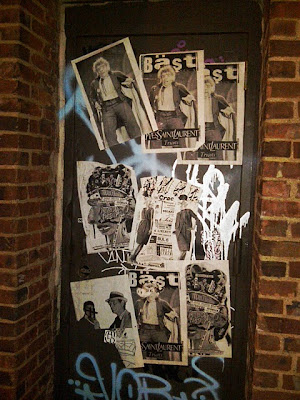 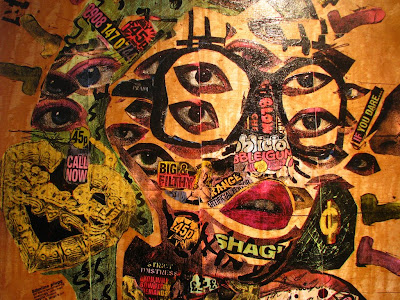 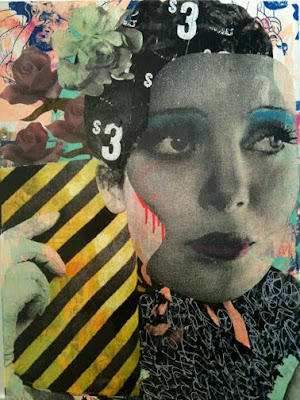 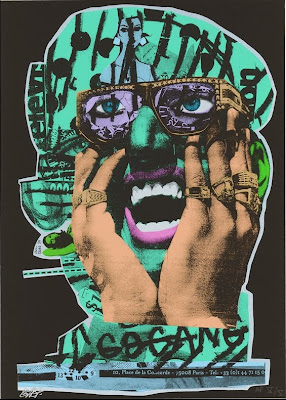 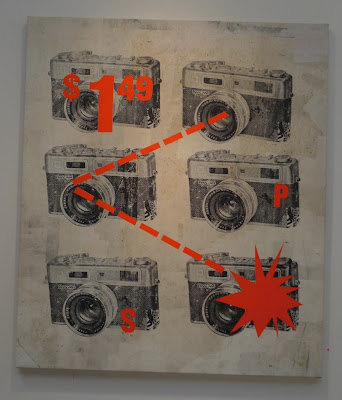 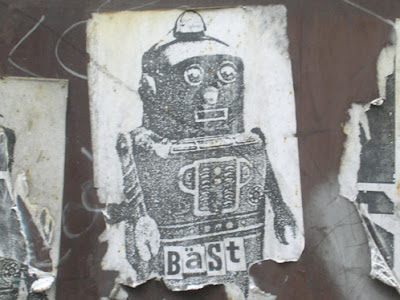