It is not everyday that Vogue premiere your music video. Having read the magazine since my early teens this is a really big deal for me, so I thought I would post about it. Here a link to the premiere: 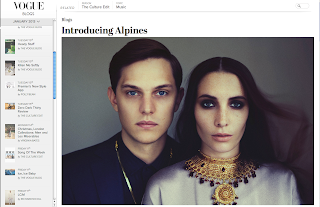 'Lights' is one of our oldest songs and to this day, it closes nearly all of our live sets. It is a very special song to us. The lyrics are based on the adage that there will always be a new sunset and things will always get better, a light at the end of the tunnel. Lights is different to most of our other songs in the sense that it is not a straight-up pop record and is written to build up to a climax and leave you on a high. I initially wrote it as a piece of piano music, but Bob stressed that something beautiful could be made if vocals were added. Although it does not stand out as an obvious single in comparison to other songs on the album, it is being released due to the incredible vision of director Ryan Hope (who has also made the videos for 'Drive' and 'Cocoon'). 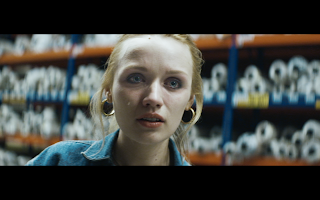 Ryan came to see us play at Alexandra Palace in March last year when we supported Florence and The Machine, and after the show fell in love with 'Lights'. He stressed that he wanted to make a video for the song and did so at the end of 2012. The video is also very different from what we have done before and in turn is very special and we felt we had to release it as soon as possible. Ryan has explored some very powerful and universal themes in the video, ones of love, war, loss and heartbreak. The video will be up on our YouTube tomorrow but for now you can view it here: 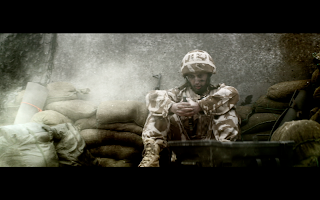 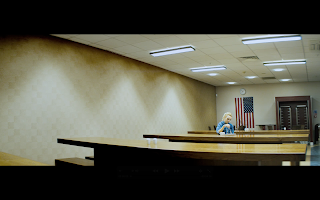 Here is a live performance of 'Lights' from our show at The Lexington last year: 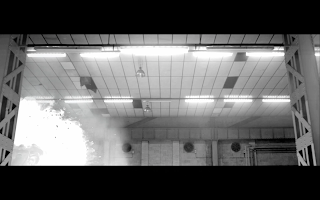 'Lights' will be available for download on iTunes this Sunday 20th January.
Posted by Alpines at Friday, January 18, 2013